in the area of Stockholm, Sweden Maintained by Climbing in Stockholm 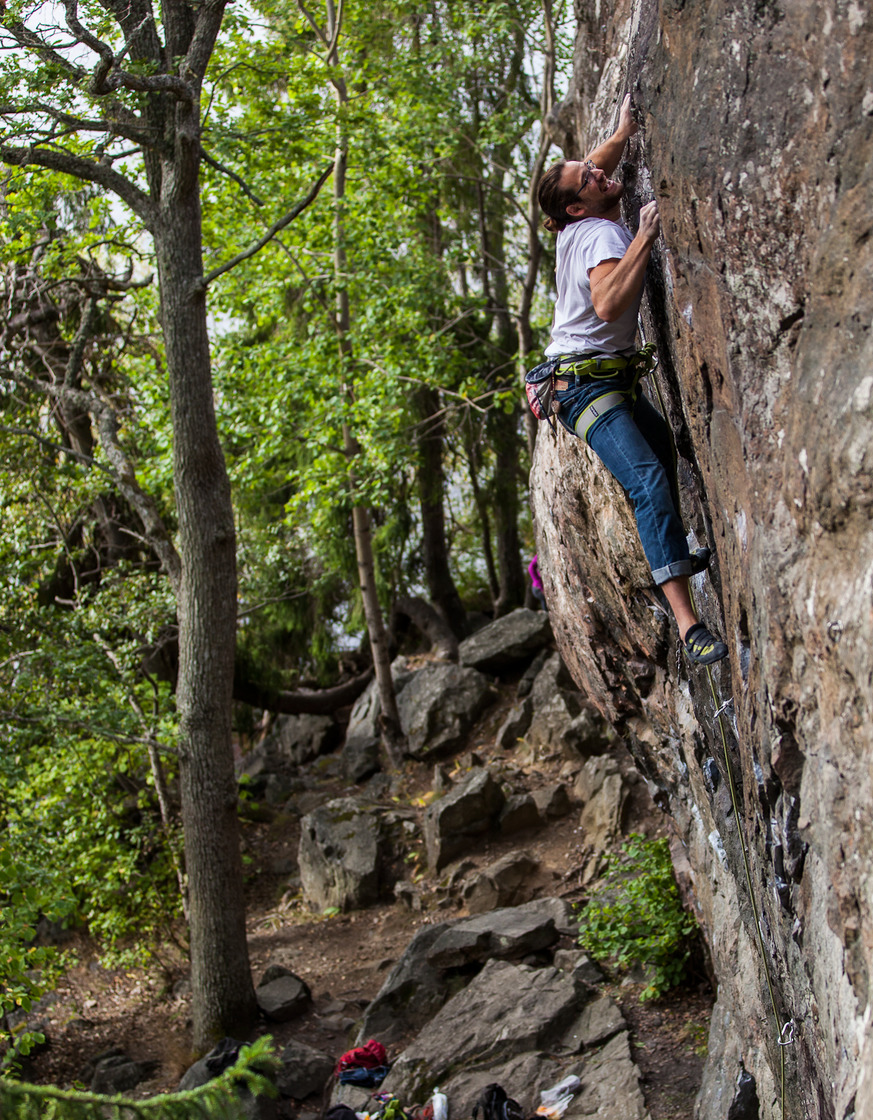 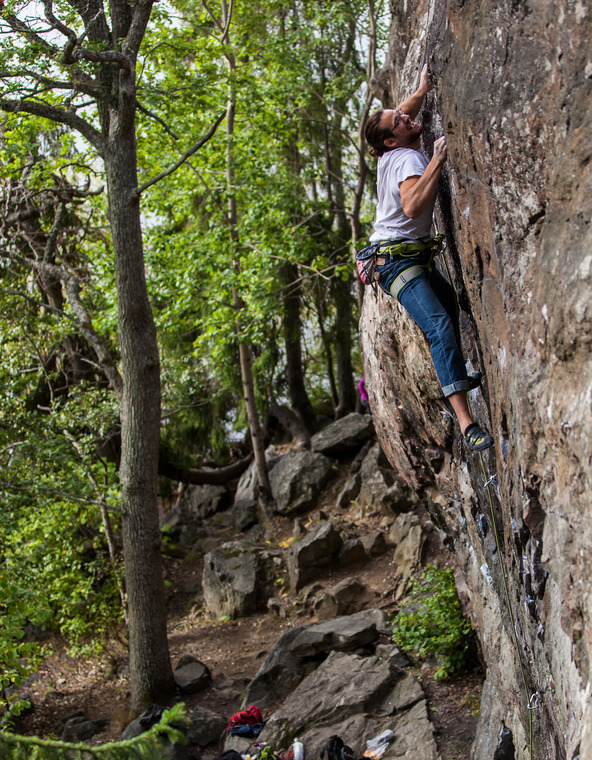 Popular smaller crag with 8-14 meters high well equipped sport climbs with many routes in a quite wide variety of difficulties. Mostly slightly overhanging but sometimes with a tricky low angle top-out at the end of the routes. This crag works for everybody as there are some nice but very short easier routes. However the best span is probably somewhere between 6c-7a+ as these routes are a bit longer than the easier ones.
The style is quite often technical/bouldery and crimpy hence many routes probably are going to put up a lot of resistance given its grade.

Excellent forest environment with lake Mälaren just 15 meters away. This is a popular place for camping and overnight stay with its small meadows with oaks, designated campfires and cozy glades. The view over the sea from the top of the crag is superb. Most of the walls are facing south or southwest and are parttly shaded by trees. It dries fairly quick after rain but some parts might be a little damp after heavy rain or in early spring.

Don't miss the fantastic sunrocks just 200 meters south of Ravinen. Climb down and discover this hidden paradise with its smooth and inviting rocks down at the waterline.

There are four sectors at Gåseborg.

Ravinen:
This is the best and most popular sector. Here you will find the largest concentration of bolted sportroutes.

"Ovanför Ravinen":
This sector is located ABOVE Ravinen. The routes here are steeper shorter and more bouldery then at Ravinen. Most of them are fylly bolted and equipped with anchors at the top.

Gula väggen
30 meters to the right of Djävulsväggen is this cute seven meters high wall located. Some nice but short trad / mix cracks and bolted routes. The routes in the chimney, needs some brushing, but otherwise clean rock.

Djävulsväggen:
Compact low angle wall with marble-like rock that are around ten meters high. The right part is is a bit overhanging and the old mixed routes have been renovated and are now fully bolted. The left part offers some nice natural protected easier routes along with some bolted/mixed routes as well. A good sector that has something for most climbers. 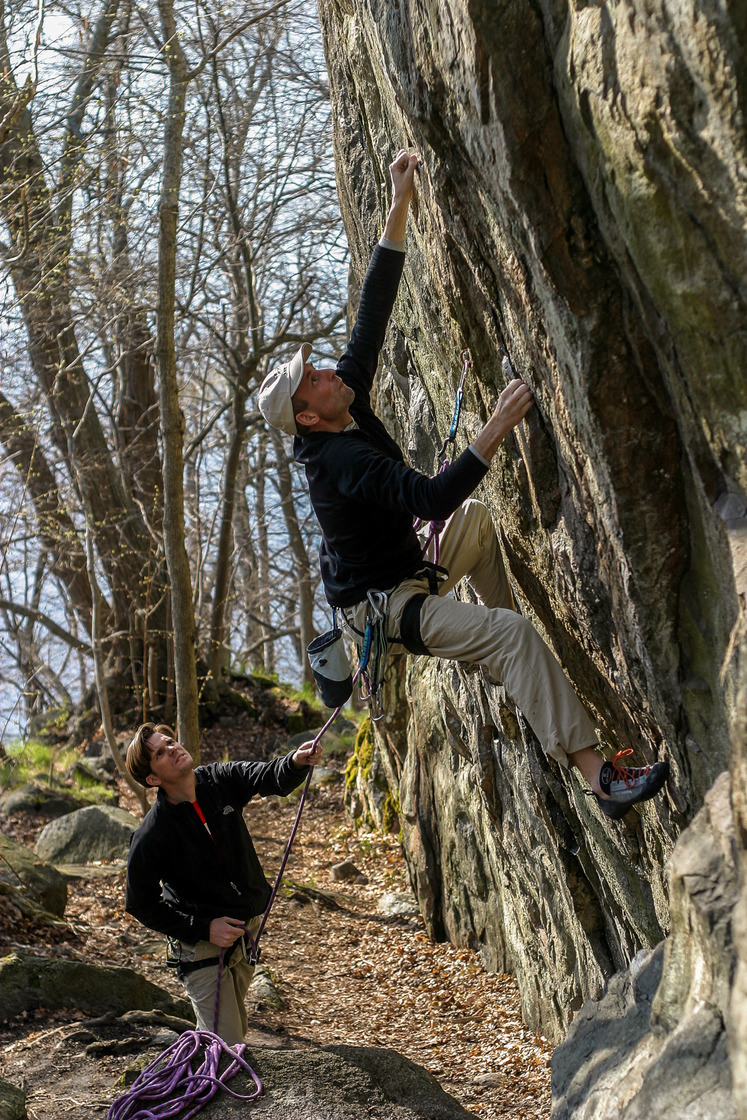 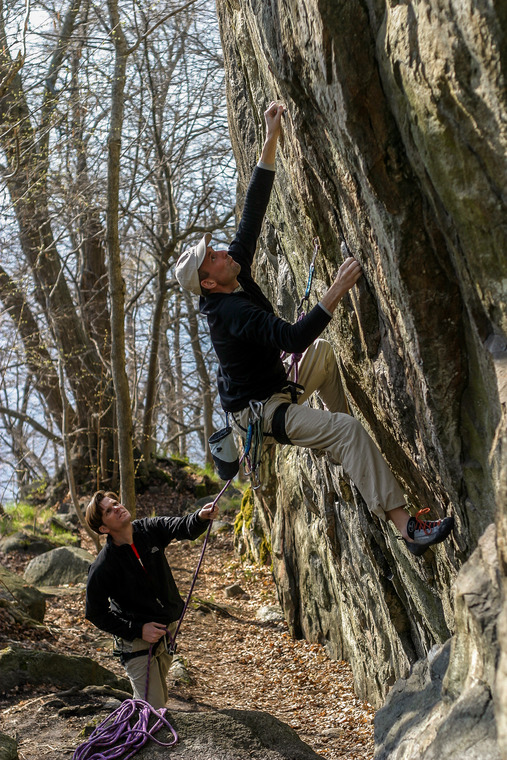 The first routes in Gåseborg were probably made by Jack Berg in the 70s or 80s. Later, a few more routes were made by Daniel Bidner and Christer Åstrand. But the breakthrough for the cliff probably came when Mattias Bergström made the fine Himmler down at Ravinen. Several years later when Staffan and Johan Erlandsson developed a large number of short but fun lines the crowd really started to come. Today the crag is considered perhaps the best option north of town if you want to climb sporty bolted routes. 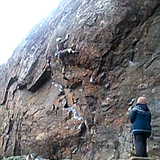 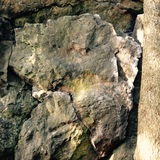 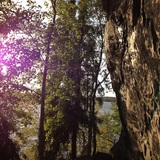 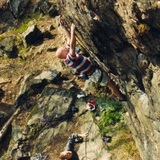 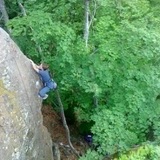 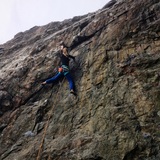 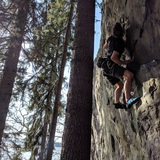 S. Mooney
from Sweden
See all members
Other Premium topos by Climbing in Stockholm 76
More topos